“Smallholders in Africa are constantly on the verge of existence. They don’t just live; they survive. Sustainable intensification of agriculture increases productivity, and hence the viability of those smallholders,” says Agnes Kalibata, President of the Alliance for a Green Revolution in Africa (AGRA) that was founded by the late Kofi Annan. “A viable agricultural sector is like an engine that boosts activity in other sectors of the economy.”

Agnes Kalibata begins the conversation (via video connection) with a number of statistics that indicate how important small farms are for sub-Saharan Africa. “Although about 90 percent of farms in Africa are smaller than five hectares in size, the development of small farms and their products is essential for Africa. Together, they contribute about one third of the national income in those countries, where almost two-thirds of the population depend on smallholder farms for their income and livelihoods.”

You were previously minister of agriculture in Rwanda, a country that has shown considerable economic development in a relatively short time. What is the secret?

“By making maximum use of both public and private resources, we have tried to improve the viability of mostly small farms – on average measuring less than half a hectare in size. We have succeeded in part by increasing access to improved seeds, and by providing the means to improve soil quality, for example, through the creation of terraces on slopes that are sensitive to erosion. Extension and training were essential to this.  We also invested in market development, although in the beginning this may not have seemed relevant. At the time, the focus was mainly about fighting the famine. But now that there is sufficient production, and it is important that small farmers are able to sell their products, because it begs the question; why would you invest in expensive means of production if you cannot sell your products anyway?”

Does this also mean investing in infrastructure?

“Of course, infrastructure is important, but not at all easy in a hilly country like Rwanda. Generally speaking, the cost of logistics in Africa is so high that rice imported from Vietnam ends up being cheaper than locally produced rice. This is not only related to transport costs but is also to the small volumes being produced by smallholder farms. One of our priorities was therefore to encourage small-scale farmers to collaborate in cooperatives, whereby aggregating produce drives the logistical costs per kilo of product downward. Cooperatives further strengthen the position of smallholders in their relationships with middlemen. Finally, there is an important role for the cooperatives in improving the quality of the products. When people have enough to eat, quality becomes an increasingly important aspect for consideration.

You have stated in the past that agriculture is an engine for economic development and modernization. Is this already sufficiently recognized in Africa?

“I am afraid that governments still do not give agriculture the attention it deserves. If you look at the statistics, you will think governments would want to do a lot more to develop their agricultural sectors. There are good intentions. As far back as 2003, the member States of the African Union agreed that they would spend ten percent of their government budgets on the agricultural sector. However, a recent evaluation shows that only few countries have achieved this. Their priorities still lie with education, healthcare and other sectors. These are also just as important of course, but I continue to emphasize that agriculture requires more attention and more investment for extension and training, setting up farmers’ organizations (cooperatives), improving the infrastructure, market development and for support to the private sector.”

“If you invest in a viable agricultural sector, you create a machine that sets everything in motion, the engine that boosts activity in the services sector and industries for instance. Higher labor productivity leads to more income and enables people, including smallholder farmers, to send their children to school and to purchase health insurance.

Sustainable intensification often also means an exodus from agriculture. What are the people, for whom there are no more roles to play, going to do?

“The transition in small-scale agriculture will undoubtedly result in people leaving agriculture. However, the criterion must be that departure is not forced, for example, because you have to sell your land or because your lease is being canceled. Rather, you will leave farming because you have found something better to do. If you can now produce 15 tons of potatoes per hectare where you used to get 5 tons, as in the case of Rwanda, you will have earned the money to buy a motorbike, or a small truck or even open a shop. This could become a business you could live on. The land that has been released can become available to one of your fellow farmers, who wants to continue farming, and the expansion of her acreage also improves the prospects for her company.”

With the funds from the Bill & Melinda Gates Foundation, AGRA also provides subsidies for the purchase of seeds and fertilizers. Would this appear to be in contradiction to what you have just said?

“No, no, we are not providing subsidies for inputs! It is our mission to make the small-scale farms in Africa viable and this does not include subsidies in the sense of giving farmers seeds and fertilizers; we work to ensure a function ecosystem of agricultural services anchored in local private sector. In fact, we have been trying as much as possible to dissuade governments from continuing to subsidize seeds, fertilizers and other inputs, because this will never allow a healthy private sector to get off the ground.  Besides, that money can better be used to build roads, storage facilities, or for water management and scientific research. Subsidies are inefficient and are often a source of abuse or misuse.  This is not to say that subsidies are unnecessary.  In the early stages, subsidies are required to catalyze investments, but this should not take much more than five years. If a certain development has not taken off by that time, it is not viable. If subsidization continues for too long, it undermines the development of the agricultural sector and leads to unintended effects, such as an increase in land prices. If you want to develop the agricultural sector, you should invest rather than subsidize, and this is as true for Africa as it is for the rest of the world.”

‘No’ to subsidies, but ‘Yes’ to investments. How does that work?

“With the money from our donors, we work to strengthen systems that enable small-scale farmers to access inputs that increase their production. With seeds, for example, we focus on improved crop varieties that deliver a higher yield to the farmer. We are not talking about varieties yielding ten or twelve tons of maize per hectare as we see in the West, for example.  We are talking about allowing farmers a chance to improve yields from 500 to 5000 kilograms of maize per hectare which, already makes a world of difference in Africa.”

“In order to get those improved varieties to farmers; we encourage the setting up of systems with both public and private parties. For example, a new potato variety is developed in a research institute that is funded from public money. A private party takes care of further development, including propagation. Then it goes to local cooperatives where farmers can purchase the seed potatoes together with the inputs and the advice that are necessary for a successful production. This is what AGRA defines as ‘building the systems’ – ensuring that the value chain to get the seed from the laboratory to the farmer works.”

AGRA has recently come under fire from various quarters. A consortium of a few environmental and development organizations has accused you of “False Promises”. According to them, AGRA has not proven its promise – to improve the situation of small-scale farmers.  In another report by the International Panel of Experts (IPES) on Sustainable Food Systems, AGRA is accused of not investing enough in agro-ecology. What do you think of that?

“This criticism is unjustified, because it is based on incorrect assumptions. In the IPES report, for example, a contradiction is created between industrial agriculture and agro-ecological agriculture, whereby AGRA would stimulate industrial agriculture. This is simply not true! As I said earlier, our focus is on staple crops, not cash crops. The claim by the “False Promises” report, that we focus on maize is simply not true. In addition to maize; we also target cassava, yam, millet, sorghum, beans, soybean, cowpeas and other food crops. In recent years, we have supported national institutions in 18 countries to develop 700 improved varieties of 18 different food crops.”

“Our point of departure is that within the given climatic and soil conditions in each country, we look for the best solutions. Traditionally, agriculture in Africa relies heavily on local seed varieties developed by farmers themselves over many decades. This may sound very romantic to some people, but those local varieties are not resistant to pests and diseases; and more recently, to the effects of climate change. For that reason alone, farmers need improved seed, not to mention the fact that these seeds also improve quality and yield. If you can increase the yield by a factor of three to five, it would make a world of difference for smallholder farmers.”

Some of the criticism also focuses on the use of fertilizers, because of the risks of soil depletion.

“Many people do not realize that Africa is one of the oldest continents on the planet and that soils are highly eroded. If you want to farm without further depleting the soil or – even better – improving soil quality, then you need fertilizers. Here I am not talking about the 300 to 500 kilograms of nitrogen per hectare that you use in Western Europe. Our great advantage is that we have learned from the mistakes that were made elsewhere in the world and we can avoid – depending on the local circumstances – integrated soil fertility management approaches are promoted.

“The challenge is to find the right balance between increasing the yields per hectare on the one hand, i.e., intensifying, and reducing the environmental footprint on the other hand. An additional advantage for judicious use of fertilizers is that higher yields per hectare leaves more space for nature. So, we get to hit two birds with one stone: supporting small farms that are viable and drive economic development; as well as creating more room for conservation and improvements to nature and biodiversity.”

Agnes Matilda Kalibata was born in in Uganda, where her parents had settled as refugees after fleeing  the war in post independent Rwanda and settled down to run a small-scale farm. She studied agricultural sciences at the famous Makarere University in Kampala, Uganda, after which she studied for a PhD at the University of Massachusetts Amherst (USA). After obtaining her PhD in entomology in 2005, she worked briefly as  post doc researcher with IITA at  the Kawanda Agricultural Research Institute in Kampala. In 2008, she went on to become Minister of Agriculture and Animal Resources in her native country, Rwanda. Since 2014, she has been President of the Alliance for a Green Revolution in Africa (AGRA) and since 2019, she is also the Special Envoy to the 2021 Food Systems Summit of the United Nations. 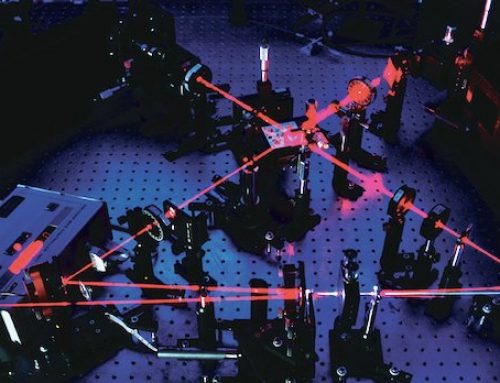 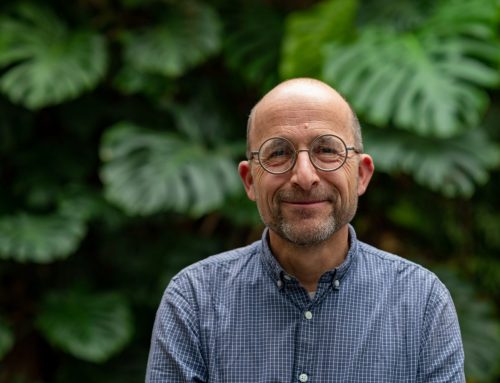 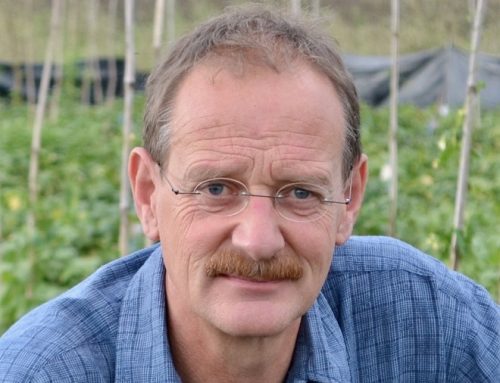 Ken Giller: “A golden age is dawning for agronomy”